It is not too much to say that the Japanese cannot live without rice.
Although the eating habits have changed and people eat it less than before,
rice keeps a permanent place as staple food for the Japanese.
In addition, rice is a basic ingredient of important beverages and seasonings,
such as soybean paste (Miso), vinegar, Saké, Ama-saké.
That is to say, rice is the soul of the Japanese.
Let’s have a look around the profound world of Japanese rice.

Kanji for rice is 米 and we pronounce it as komé.
According to the most supported theory, 米 illustrates a spike with 6 rice seeds.
When I was a child, I believed that there must be a close relationship between 米 and 木 which means tree.
However, the above story cleared up my misapprehension, even if 6 rice seeds in a spike cannot satisfy me. As a person in modern times, I wish there were more rice seeds on a spike.

Rice came to Japan about 3000 years ago.
They had mainly two different origins: japonica rice and indica rice.
The former has the round appearance, whereas the latter the long.
At the beginning, they grow these two together. But the subtropical indica rice didn’t adapt itself to the Japanese climate and the japonica rice came to be more and more popular.
Although the rice is quite demanding, the yield per hectare is very high and the more they spend the care, the more they can harvest. 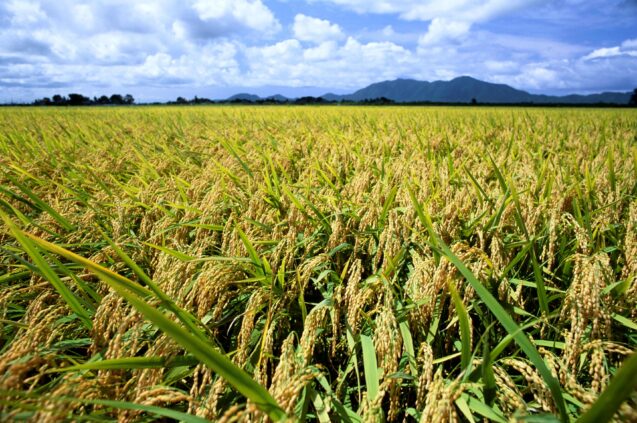 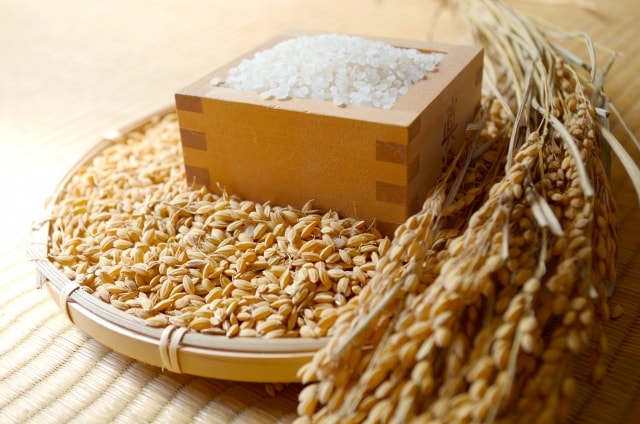 In addition, threshing, polishing and preparation to eat are very easy.

Above all, the rice is delicious and we never get bored of eating it. That is why we have persevered in our efforts to cultivate rice even in the north of Japan such as Hokkaido.

2. How to eat Japanese rice 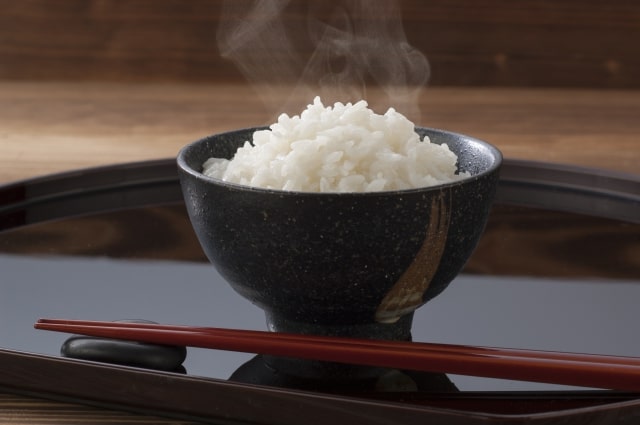 Initially, they ate rice as a porridge called himei.
But when the Chinese cooking pot called a koshiki came to Japan, they began to eat steamed rice.
However, steamed ricewas eaten in limited specialoccasions, mainly in sacred events.
Firstly, they placed it before the family shrine. Then, when the ceremony was over, they divided the food and ate it.
As the times progressed, they began to polish rice.
By polishing the rice, it becomes softer and sweeter. However, unpolished rice, what we call brown rice, has higher nutritional power than polished rice.  Because nutrients included in the surface of rice such as vitamin B are removed when it is polished. 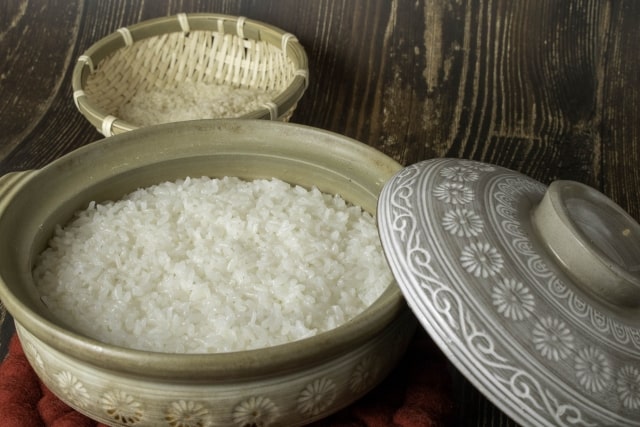 In Japan, you can find electric rice cookers in many families.
But cooking rice in a clay pot is very simple.
You can try it if you have a) rice, b) water and c) clay pot.

3. Influence on the mentality

In rice cultivation, the most important thing is water.
In April, rice is sown in the ordinary field, but a month later it is transplanted into rice fields which are filled with water.
Rice remains in the water for about three months.
Careful irrigation and weeding are inevitable.
In the past, it was almost impossible for a family to push it through by themselves.
It was one of the most important reasons why they belonged to a local community and always tried to keep good relations with other members.
Banishment meant death for them. 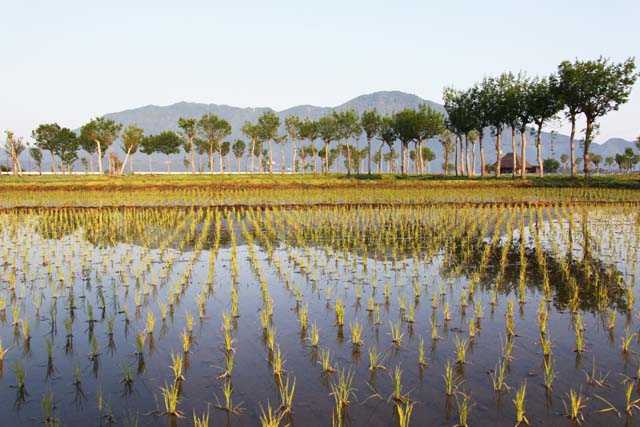 Even today this mentality has not changed so much.
Being a part of a group is quite important for many.
If someone has let down the other members, he/she is greatly depressed.

Even in modern companies, the decision is rarely based on individual responsibilities and the process called “ne-mawashi” is often used to get a consensus.
The word “ne-mawashi” literally means “nurturing roots” and is originally used in gardening.
“Ne” means roots.
They make actual decisions in the process of  ne-mawashi and after the ne-mawashi, the protocol meeting takes place.
Then a document is circulated among persons concerned and they press their stamps called “hanko”.
Because in Japan, the imprint of hanko has the same legal value as the signature in other countries.

Speaking of the influence of rice on Japanese mentality, we cannot forget the existence of Shinto.
Rice is also closely related with Shinto.
For the stories about Rice and Shinto, visit here
⇒Rice and Shinto 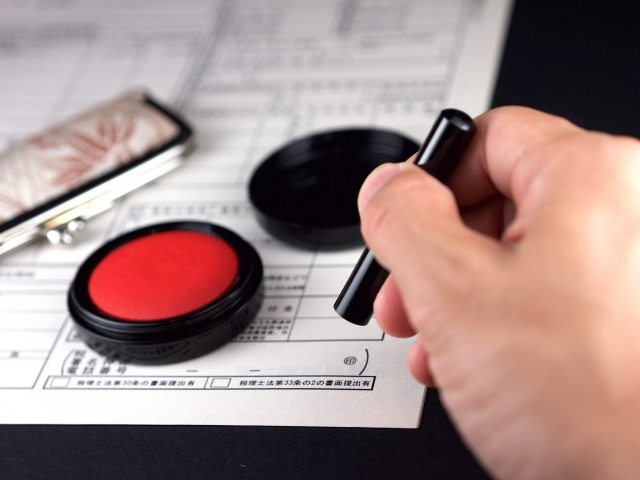