Have you ever heard the word Koji (Koji-bacteria)?
As I mentioned repeatedly in other pages, Koji is extremely important in Japanese food culture.
Because without Koji, most of the Japanese seasonings and beverages cannot be produced.
For example, Miso (Soybean paste) , Soy sauce, Saké and Ama-saké. 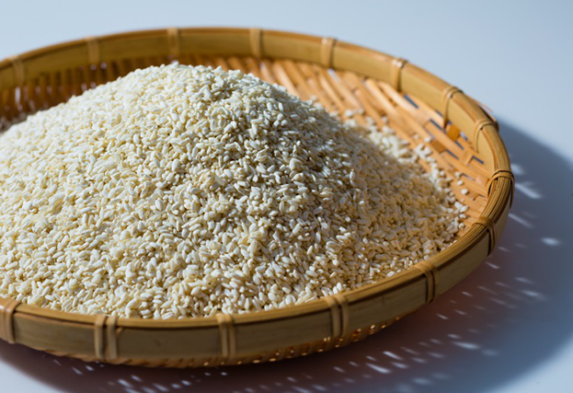 Koji-bacteria release a large amount of enzymes in its process of fermentation.
The enzyme consists of protein.
Although it is an inanimate being, it can compose and decompose substances. The enzymes released by Koji-bacteria bring various gifts to the human body.
For example,

– amylase
Amylase breaks down starch into glucose.
That is why Ama-saké made by Koji is naturally sweet without adding sugar.

– protease
Protease breaks down protein into amino acids.
Koji-bacteria produce almost all the amino acids necessary for the human body by breaking down the protein from the surface of rice.

In Japan, we gain most of the enzymes used in digestive medicine by cultivating Koji-bacteria.

It is always interesting to learn about good bacteria.
Below are their representatives. 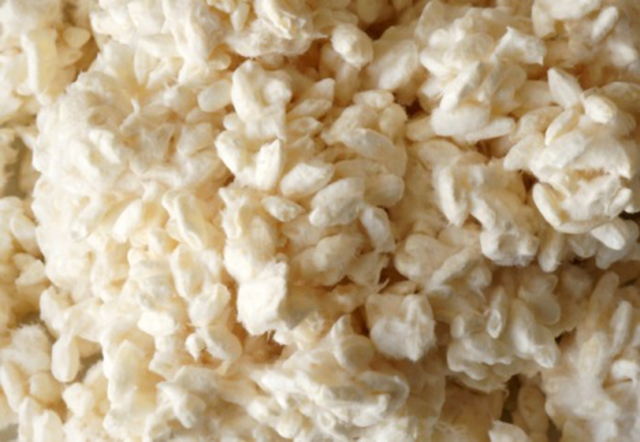 Firstly, the character 麹.
This Kanji came from China in the 8th century.
You can find 麦 in this Kanji. 麦 means wheat and its reading in Japanese is mu-gi.
In China, wheat is widely used to make Koji.
Basically, this kanji 麹 is used for Koji made from wheat, not from rice.

Secondly, the character 糀.
糀 was born in Japan at the end of the 19th century.
If you take a close look, you can find 米 (rice) and 花 in this character.
As you know, 米 means rice and its reading in Japanese is ko-mé .
On the other hand, 花 means flower and its reading in Japanese is ha-na.
When we combine these two, maybe we can easily imagine one or two stories.
For instance,
i) when the rice is fermented and becomes Koji, it looks like flowers.
ii) Koji is a flower grown by crystallizing the rice and human wisdom.
I hope these stories indicate the probable process to invent this Kanji.

Let me introduce a unique program in Japan.
By participating in it,  you can vividly experience the world of Japanese Koji inherited until today.

For detailed information
⇒Click the image

【Nagano / Saku City】
In this program, you stay at a sake brewery hotel, KURABITO STAY and experience making Koji for amazake.
The Saku area of Nagano prefecture is one of Japan’s leading sake breweries.
There are 13 sake breweries that have been there since the Edo period.
With the cooperation of Kitsukura Shuzo, one of the oldest brewers, you make koji, which is actually sold as a product at one of the brewers.
Through this experience, you can learn about  Koji, which is very important in Japanese food culture.
Since ancient times, sake brewing has been considered to be a collaboration with God.
Therefore, at the first step, you clean the sake brewery.
Next, you receive the Shinto ritual from the priest of the Shinto shrine.
Then, you enter the brewery to take part in the workshop.