Moto, which is also called the mother of Saké, is the best part to start the story of production method (Saké).
1) Koji
First of all, we must prepare the Koji, as is usual with Japanese fermented foods.
As I mentioned in the page of Koji, Koji bacteria convert starch into glucose which is indispensable to produce alcohol.
This is the first step of fermentation.

2) rice and water
In this Koji, we add cooked rice  and water to make Moto.
The purpose of this process is to multiply Koji-bacteria and Saké yeast, expelling other bacteria.

At first, i) nitrobacter derived from rice or water are active. It reduces the nitrate in the water to nitric acid that attacks bacteria other than  iii) Koji-bacteria.

However, when the temperature rises *, ii) lactic acid bacteria which produces lactic acid multiply and expel other bacteria, including i) nitrobacter. 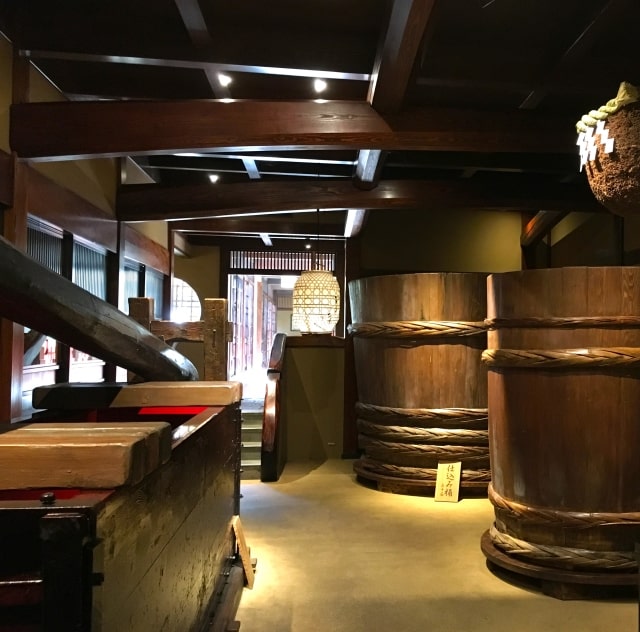 <Note>
* Actually, ii) lactic acid bacteria do not multiply only by increasing the temperature. Therefore it requires some human-induced methods to reproduce them, e.g.
a: Kimoto
b: Yamahai
c: Sokujyo.

a: Kimoto
In this method, ii)lactic acid bacteria naturally multiply by pounding cooked rice in the flat bucket to make Koji adhere to the whole rice.
But this operation called “yama-oroshi” (“yama” means mountain) requires a mastery difficult to learn.
Therefore, in the early 20th century, when the Saké fermentation system was scientifically elucidated, simpler methods were invented.
They are b: yama-hai and c: sokujyô.

b: Yama-hai
In this method, you add Koji dissolved in water to cooked rice and make the rice absorb the Koji enzyme in the water.
This is “Yama-hai” which literally means the abolition of “yama“. Because this method can save the effort of “yama-oroshi“.
However the cohesion between rice and Koji is lighter than in a) Kimoto.

c: Sokujyô
In this method, you add the separately cultured  ii)lactic acid bacteria.
By this method, it only takes about 14 days to do Moto, although it takes about 30 days in the methods a) and b). 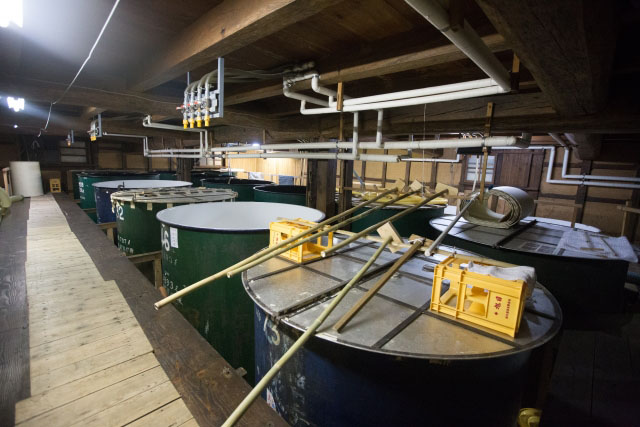 Why can Saké contain so much alcohol?
As always, the reason is in Koji.
In general, the yeast dies because of the alcohol which it produced by itself ( ii)lactic acid bacteria also die because of the alcohol).
However, the yeast made from iii) Koji–bacteria (that is to say,  ⅳ) Saké yeast ) does not die thanks to lipid protein that protects itself against alcohol.
Of course, it is iii) Koji-bacteria that produce this protein. 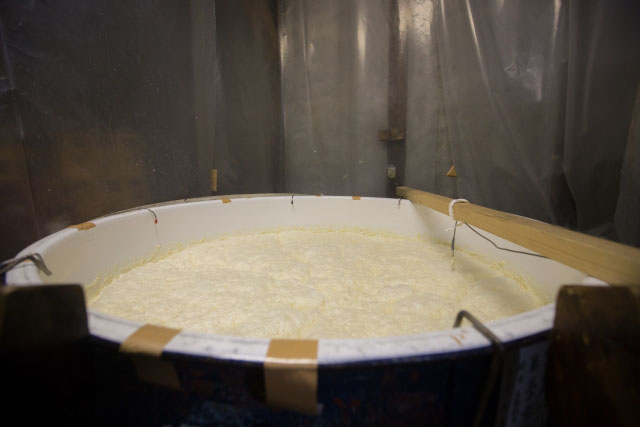 In the next step, we add more cooked rice, Koji and water to make Moromi.
But we have to add them little by little, generally in three times, to avoid weakening yeast activities.
Thus, the scale of fermentation gradually increases (this process is called as kaké).
After the fermentation of a month, you can gain 14 times more of Moromi.

Seishu
As you can guess from the color of Moto, Moromi is a cloudy liquid.
By pressing and filtering the lees, Saké becomes clear.
That is to say, Seishu (clear sake).

Nigori-saké
To tell the truth, there’s another type of Saké called Nigorisaké, which we also call whitened Saké.
Nigori means turbidity.
Put simply, Nigorisaké is Saké without enough filtering.
Actually, it is more nutritious than the Seishu (clear sake) . 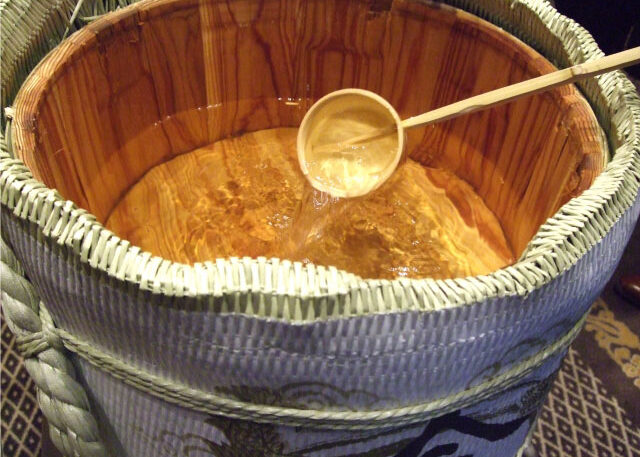 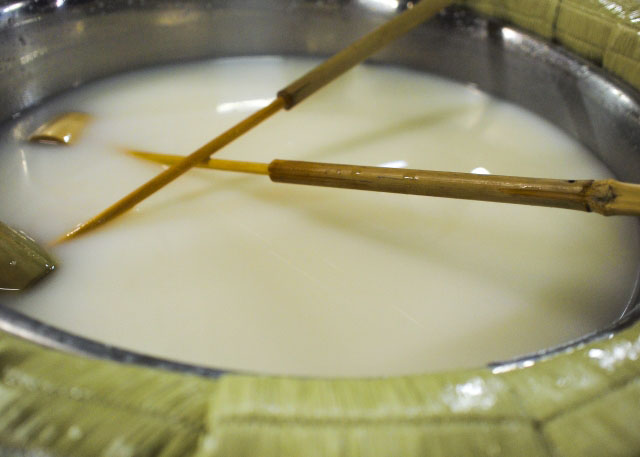 This is the final process of production method (Saké).
“Hi” means fire and “ire” means to enter. So “hi-ire” means “entering in the fire”.
In this process, the Seishu (clear sake) is heated to 65°C to stop enzyme activities and sterilize Saké.
In general, “hi-ire” is done twice:
1) after being filtered,
2) just before shipping for sale.
But only 1) or 2) are also possible.
From time to time, we can pass over the process of “hi-ire” itself.
In this case, the yeast is still active and you can taste strong “umami” flavor, although it can change rapidly in quality.